In response to the high energy consumption of the data center cooling system, various energy-saving solutions have been tried in the industry. At the result, Indirect Evaporative (IEC) is one of the most promising cooling solutions.

The indirect evaporative cooling system mainly includes three core components: plate heat exchanger, spray system, and compressor supplementary cooling system. During the cooling process, the air to be treated inside the data center passes through the air heat exchange device. Firstly, the outdoor air is used to cool the closed indoor air. At the same time, the spray system spray water uses the heat of the outdoor air to evaporate in the plate heat exchange device. Absorb heat to reduce the temperature of the air to be processed. As the result, making cool the circulating air inside the DC to the greatest extent. Throughout the process, indoor air is a closed loop system, while outdoor air is an open system. Outdoor air does not allow enter the DC, thus preventing moisture and pollutants in the outdoor air from entering the DC. Since the treated air does not directly contact with water, its moisture content remains unchanged, realizing isohumid cooling of air.

Depending on the outdoor temperature, the Evaporative Cooling Air-conditioning can adopt three operating modes. 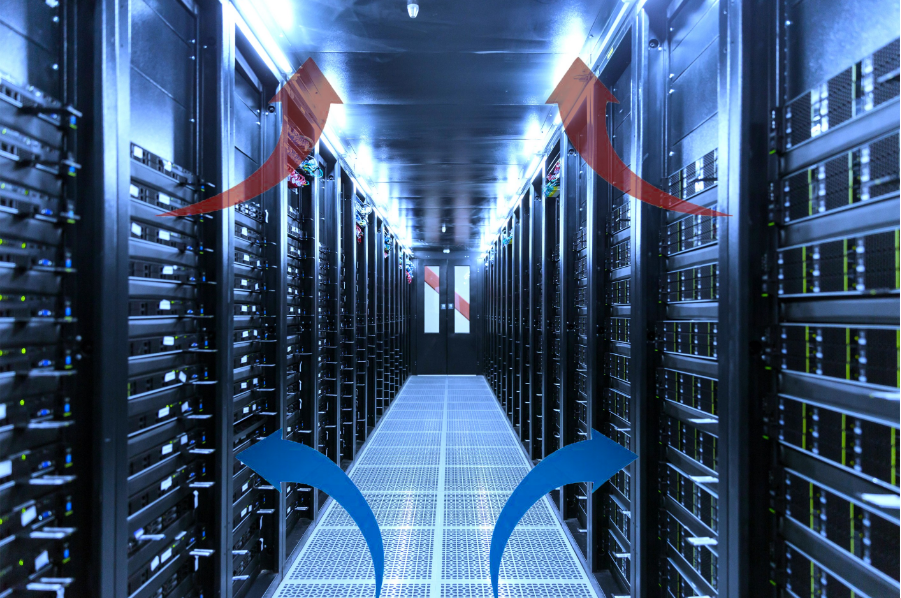